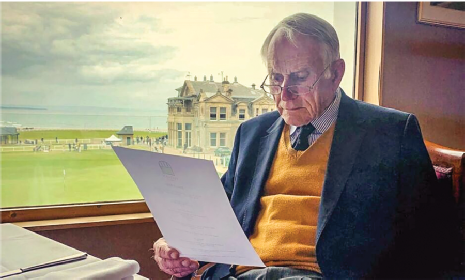 It is with sadness that we heard of the death of Professor Robert Anderson Wood, one of Scotland’s most respected physicians, who died aged 82 on January 3, 2022.

Professor Wood was born in Edinburgh and attended Edinburgh Academy before studying at Edinburgh University, where he graduated BSc (First Class Hons) Pharmacology (1961) and MBC.B (1963). He was awarded the Murdoch Brown Medal in clinical medicine.

In 1963 he began his career as a house officer at the Royal Infirmary of Edinburgh and in 1972 was appointed consultant physician at Perth Royal Infirmary, specialising in diabetes and medical oncology. In 1992 he was appointed Postgraduate Medical Dean at Aberdeen University. Bertie held several appointments at national level including councillor and Dean of the Royal College of Physicians of Edinburgh, and on committees of the then Scottish Office. His increasing involvement in administration and postgraduate medical education opened the way to his final career post as Postgraduate Medical Dean at Aberdeen University, with a professorship in medicine. Of note was his role as lead Dean for Psychiatry for the UK. He was recognised with Fellowships of The Royal College of Psychiatrists and the Royal College of Surgeons Edinburgh.

In 2019 the Royal College of Physicians of Edinburgh presented him with the first medal for Fellowship with distinction.

Bertie never fully retired. In later life, he served as Her Majesty’s Inspector of Anatomy for Scotland and on the committees of organisations such as the Law Society of Scotland, the Criminal Injuries Appeals Panel and the Medical and Dental Defence Unio

Outside medicine, he  was an accomplished golfer. He combined his passion for the sport with a forensic knowledge of music, both classical and jazz, and in his younger years played trombone in a jazz band.

He was a member of Elie Golf Club for more than 60 years and of the R&A for 56 years. He also enjoyed membership of Craigie Hill Golf Club in Perth which he captained from 1999 to 2001. A matter of lifelong pride was his membership of the late Dr. Cowan’s Edinburgh University Golf team during the 1962-3 season in which the team won both the Scottish and British Universities team championships, following which he represented the successful Scottish Universities international team. 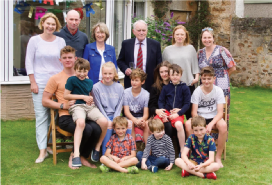 Many will remember Bertie for his extraordinary intelligence, his dry wit and his renowned after-dinner speeches but most of all as a husband, father and grandfather to his family, who will all miss him greatlly.